Vicuña, what it is? 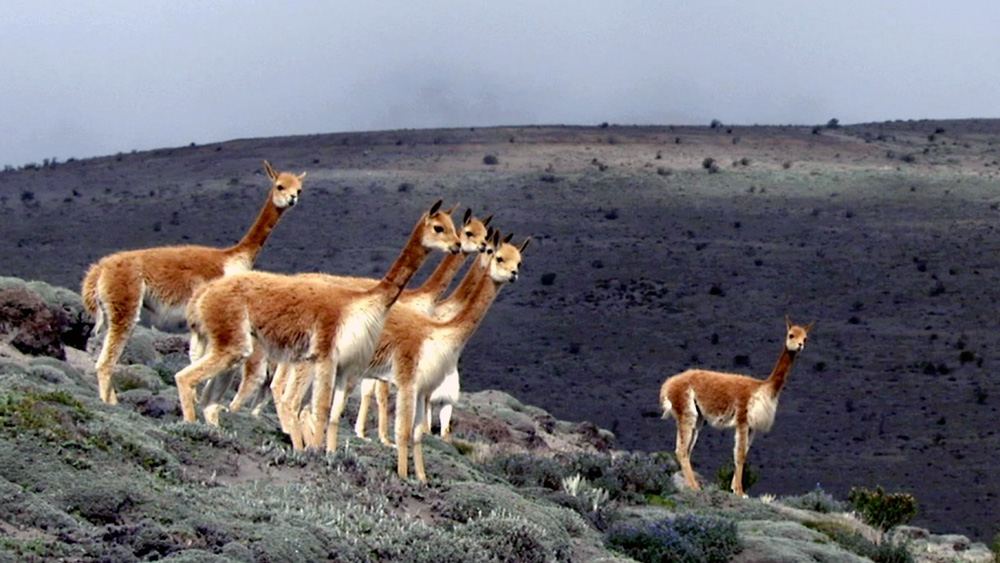 The vicuña is a small, sweet-faced camelid that roams in the wild in the Andes at an altitude of 3,200 to 5,500 metres.
Its origins are ancient. We know that in 1200AD Andean civilisations were using vicuña fur for royal garments and that vicuñas were considered to be sacred animals.

With the arrival of the Spaniards, the animals were used for their fur, which became systematic and widespread in the Andean countries until 1960.
In 1965, only 5,000 vicuñas were recorded as being alive in the wild, causing the Peruvian government to intervene with the creation of nature reserves, as well as encouraging the development of new widespread farming methods and imposing a ban on the sale of vicuña fur.

The vicuña was later declared a species at risk of extinction. Peru and Bolivia and then Chile and Argentina later signed vicuña protection agreements, and all devoted enormous swathes of land to livestock. In 1995 figures improved to around 98,000, and the sale of sheared fur became legal once again. These days, there are almost 200,000 vicuñas around, and despite being a protected species, shearing is still permitted as vicuñas are no longer at risk of extinction,

From warm amber to honey, from the finest of cashmere to baby cashmere (12.5-13 microns versus 14-15 and 13 respectively) and from a lighter to a softer touch, these days vicuña fur is known as the “silk of the new world.” An adult vicuña produces only 250 grams every two years – just 150 grams after “dehairing” (the process of separation from larger fibres). This means that it takes around 25 to 30 animals to make a vicuña coat.

Vicuña fur is therefore one of the most expensive textiles around.